Trending Now
Doncaster Sheffield Airport is closing with the loss of up to...
Burnout Britain: How UK employers can recognise the signs & symptoms...
Pound falls again as Bank of England rules out emergency rate...
Bank of England expected to make statement as next interest rate...
The search for Britain’s finest businesses across the UK is on
Is the cost of doing business in Australia viable for your...
5 Crucial Mistakes to Avoid When Buying a Crypto Token
Key advantages of acquiring services by Walletto in the eCommerce segment
The pound in crisis: firefighting or strategic planning?
Pound falls to record low against dollar
Politics 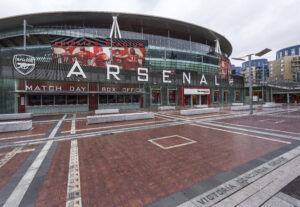 Arsenal Football Club has been reprimanded by the Advertising Standards Authority (ASA) for a second time for an online post promoting a cryptoasset irresponsibly.

The advertising watchdog first raised the issue in 2021, when the Premier League team wrote in a post on Facebook “$AFC in now live $CHZ” and “What song do you want to hear when we win? Download the Socios app to get your token and vote”.

The ASA took issue with Arsenal’s initial post advertising the fan token as it was deemed misleading and failed to illustrate the risk of investing in cryptoassets.

Arsenal was also accused by the regulator of irresponsibly taking “advantage of consumers’ inexperience or credulity” and trivialising “engaging with and investing in cryptoassets”.

The Gunners appealed the decision made last year, claiming its ad did state fans might not be able to get their money back after purchasing the token, and that the value of the token could go down.

The decision was, however, upheld by the ASA. The watchdog found that the numerous social media posts and pages on the club’s website promoted a high-risk investment without clearly communicating the financial dangers involved.

The watchdog also noted Arsenal FC’s posts did not include any warning that its cryptoasset is currently unregulated in the UK.

It was ultimately ruled that any post from the club promoting cryptoassets of any kind cannot mislead viewers and must prominently include a warning stating the risks of investing.

US CDC no longer recommends students quarantine for COVID-19 exposure

Doncaster Sheffield Airport is closing with the loss...

Burnout Britain: How UK employers can recognise the...

Bank of England expected to make statement as...

The search for Britain’s finest businesses across the...

Is the cost of doing business in Australia...

5 Crucial Mistakes to Avoid When Buying a...

Key advantages of acquiring services by Walletto in...

The pound in crisis: firefighting or strategic planning?

September 26, 2022
Join The Exclusive Subscription Today And Get Premium Articles For Free
Your information is secure and your privacy is protected. By opting in you agree to receive emails from us. Remember that you can opt-out any time, we hate spam too!

How Common Has Private Currency Been?