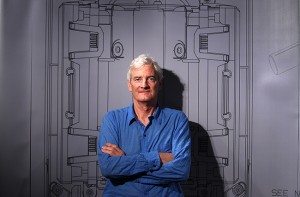 As Sunday Times Rich List shows record number of UK billionaires, their gains should be taxed the same as income from work

Calls for redistribution through higher taxes on income from wealth, and scrapping council tax for a new, proportionate property tax

Reacting to publication of this year’s Sunday Times Rich List, George Dibbs, head of the IPPR think tank’s Centre for Economic Justice, said: “As we enter a once-in-a-generation cost of living crisis the Sunday Times Rich List shows us again that vast wealth often begets more wealth. That has proved particularly true during the pandemic, when the wealthiest accumulated more wealth than poorer people who saved nothing.

“Now there are more billionaires in the UK than ever before and the collective wealth of the richest has grown again.

“We need to look urgently at ways to support the households most exposed by this new price crisis, and that should include redistributing the wealth gains of the richest to pay for higher social security benefits for those who most need them.

“That means reforming the tax system so that income from wealth – capital gains – is taxed the same as hard-earned income from work. It’s also time for a fair, proportional property tax to replace the regressive system of council tax. Those with the broadest shoulders should be contributing more.

“At the same time we should scrap so called ‘non-dom’ status through which the wealthy avoid tax by spending time abroad.”

Read more:
Huge gains of wealthiest Brits should be taxed more to help households with cost of living crisis

Why picking the best media personalities to associate...

Exponential growth on imports from South Africa to...

August 12, 2022
Join The Exclusive Subscription Today And Get Premium Articles For Free
Your information is secure and your privacy is protected. By opting in you agree to receive emails from us. Remember that you can opt-out any time, we hate spam too!